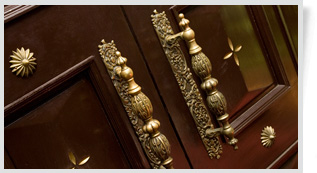 An insurance procurement clause required Sadler to purchase specific insurance coverages and to make Alliance an additional insured on Sadler’s cover­ages for commercial general liability (CGL) and umbrella/excess liability. The subcontract also provided that Sadler’s insurance would be primary to any other applicable insurance maintained by Alliance or the project owner.

Sadler’s CGL coverage with Federated Service Insurance Company (Federated) contained a “Contractual Liability” provision. It provided coverage for liability that Sadler had assumed through a contract if the contract met Federated’s definition of an “‘insured contract.’” The definition included Sadler’s agreement to assume another party’s tort liability in a business contract. Also, the CGL coverage included an “Additional Insured by Contract Endorsement.” The endorse­ment is at issue here.

An employee working for Sadler was injured on the jobsite. Subsequently, he filed a negligence action against Alliance and Sadler.

The District Court concluded that it was clear the parties intended that Sadler would indemnify Alliance for Alliance’s negligence. But it ruled that the subcontract lacked unequivocal language showing that the parties intended Sadler to insure against Alliance’s negligence. It therefore concluded that Federated was obligated to insure Alliance only for its vicarious liability.

Issues: Whether Federated had a duty to indemnify or defend Alliance for Alliance’s own negligence, not just its vicarious liability?

Sadler’s agreement to make Alliance an additional insured on its CGL policy unequivocally showed that the parties intended for Sadler to procure tort liability coverage for Alliance’s negligence. Because Sadler specifically agreed in the subcontract to add Alliance to its CGL coverage, Federated’s coverage of Alliance’s negligence did not exceed the terms of the written agreement.

Alliance was covered under Sadler’s blanket endorsement for additional insureds, as distinguished from an endorsement that names a specific entity or person as an additional insured. In the blanket endorsement, paragraph A extended coverage to “[a]ny person or organization . . . for which you [Sadler] have agreed by written contract to procure bodily injury or property damage liability insurance, arising out of operations performed by you [Sadler] or on your behalf . . . .”

Because Sadler’s employee was injured while performing work for Sadler, the accident arose out of Sadler’s operations even if Sadler was not negligent. Accordingly, paragraph A of the additional insured endorse­ment provides direct primary coverage for Alliance’s own negligence, not just its vicarious liability.

Holding: The Court concluded that the parties, by requiring Sadler to name Alliance as an additional insured on its CGL policy, intended that Sadler would insure against loss caused by Alliance’s negligence. The Court also determined that Sadler’s additional insured endorsement, which provided coverage for liability arising out of Sadler’s operations, was broad enough to include coverage for Alliance’s negligence even if Sadler was not negligent.